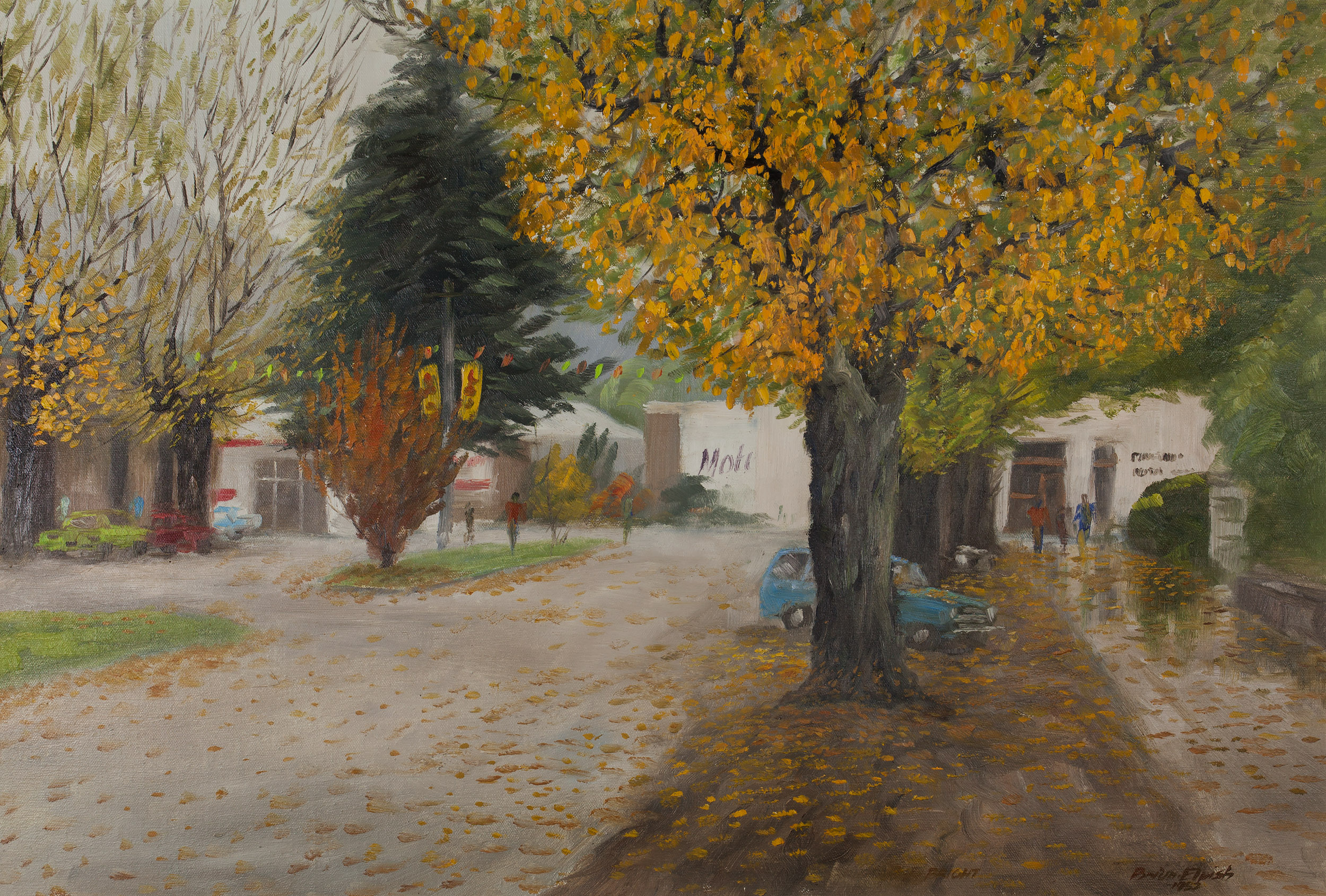 Brian holds the record for participation in the Bright Art Show. He has entered paintings in all but two Exhibitions since 1967. Awarded “Best Local Landscape” in 1976, 1978 and 1983. he has also been a winner and highly commended at several other regional exhibitions. The Might of Bogong was purchased by the Bright Gallery in 1987.

Born in Myrtleford, Brian worked in a number of jobs before settling on sign writing as a career. Apart from a stint in Melbourne where he learned the trade, his life ha been in the North-East. He now makes his home in Bright. Although mainl self-taught, Brian studied tonal painting with Shirley Bourne, who in turn had been a student of William Dargie. Today he continues to experiment, learn and develop as a painter, mainly from books sourced by staff at the Bright Library.